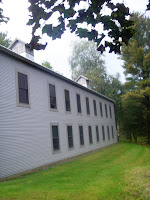 I keep forgetting to do my "routine" over here at Words in Place, like POSTING and reading from my blog roll. I used to do that most days, but lately I just can't seem to find the time. Thought I'd take a moment to rectify that with some updates. A lot has been happening in 2010 and it's only February.

Flash Fiction Chronicles
This is the Every Day Fiction blog which we launched last spring. If you're reading this, you have to know about that. It's growing and we've finally settled into a kind of routine: published posts from fiction writers around the net, either original or reprints, on Mondays, Wednesdays, and Fridays.
Our contributors have included Aaron Polson, Alexander Burns, Bill Ward, Bob Thurber, Clifford Garstang, Jodi MacArthur, John Arthur Miller, K. C. Ball, Kevin Shamel, Martin Reed, Michael Ehart, Oonah V. Joslin, Randall Brown, Robert Swartwood, Rumjhum Biswas, Sarah Hilary, Sean Lovelace, TL Schofield, Valerie O'Riordan, and Walter Giersbach.
FFC's String-of-10 Microfiction Contest
FFC's String-of-10 Microfiction contest was initiated in August of 2009 with Sharon E. Trotter take the first place spot with her story The Haircut. String-of-10 TWO is running through this coming Sunday, February 14th. Entries should not be longer than 250 words and include 4 of the string of 10 prompt words. For guidelines, go to Flash Fiction Chronicles.
Guest judge is Joel Willans.
Dear Mother Call for Submissions
Writer/singer/friend Jo Nelson has a call out for submissions for a Mother's Day Performance at Lyric Theater in Los Angeles. Check it out on her site: Call for Subs: Letters to Mothers

Excerpt: I realized there are many things I would like to say to my mother, and wonder what you might like to tell yours while she is able to hear your words, or even if you too, must send the message to the stars.

Now About Me
I have several projects going on. Most exciting for me is that I have self-published a book of eight short stories called Pomegranate Stories. Six of these have been previously published either on-line or in print, but two of them are new.

Last year and the year before I'd put together my stories to enter into chapbook contests. Doing this was exhilerating and after the contests were over, I decided I would put together my own tiny collection and a theme in my writing emerged, the relationship between mothers and daughters.
Pomegranate Stories is available at Amazon.com and at Lulu.com.
Lulu will give 15% off over Presidents' Day Weekend. The coupon code is Washington.
Check out Pomegranate and see what you think.
By the way, many of you already have a copy of the collection, and I'm hoping some of you liked it well enough to visit Amazon and Lulu and give the stories a review and rating. I would really appreciate any help in this department.

Luckily my two stories published last year at Every Day Fiction are a part of the just-launched Best of Every Day Fiction Two anthology. "Stranger on the Porch" is drawn from the first chapter of my novel What Came Before (and yes, I am still working on it) and the second is "The London Eye" which you can either read or listen to as read by Michael Sherlock in his sexy Brit accent.

I also want to share that I have three short pieces coming out in March. "6 A.M." at Emprise Review, "Complict" at Smokelong Quarterly, and "Soggy Sandy" at Every Day Fiction.

Gay Degani said...
This comment has been removed by the author.
8:29 AM

Now I know why I've ignored blogger. It is not a true WYSIWYG. I have just spent the last thirty minutes trying to figure out why the heck it won't allow me to set the spacing. Even when I insert an html code for paragraph or break, it won't listen. ARrggh!

You've been very, very busy. Congrats and here's to future success. (and figuring out that pesky code)

Aaron's right. You have been a busy lady.

As to code, why don't you come on over to Wordpress?