JOURNEY TO PLANET WRITE: Up, Up, and Awaaay


It was never my intention to become a writer.  From a really early age I wanted to be an actress.  At seventeen I went to NYC for drama classes.  They were held in the Carnegie Hall annex building and they were incredible.  This was a method acting school founded by the famous Erwin Piscator.  Marlon Brando had studied there, and other luminaries.  At lunch break our little group of wannabee actors would eat together in some dive coffee shop, then stroll over to Lincoln Center to the film library.  It was bliss.  The school also had a repertory company, and my first role ever was in Kafka’s Warden of the Tomb.  I played the princess.  It was a tiny role, but I was overjoyed.  People came to the rep theatre, watched the plays, applauded!  For a girl raised on Long Island when it was still fairly rural, well, this was just over the top.

From there I went on to study with every good acting teacher I could find in the city. Actors always work their craft.  The idea behind it being that you have to keep ‘your instrument’ tuned up at all times.  Your instrument is your body, your mind, your inner life, and your outer self. That meant movement classes in yoga and dance, voice lessons.  Suppose a breakout part is offered and you’ve been hanging out at the beach smoking and drinking.  You wouldn’t be ready to take on the part of, say, Maggie the cat in Cat On a Hot Tin Roof.  So the serious actors study in between roles.  I ran all over auditioning.  Long lines of actors.  I didn’t get many parts but I tried really hard.

I was also dirt poor.  That meant finding a day job.  I worked as a receptionist for a big corporation.  People were different back then.  The secretaries covered for me when I had an audition.  But it’s hard to be poor in NYC.  One day I saw a Stewardess ad in the Times.  I went to the interview and was hired by TWA.  It was a good time to take a break.  At nineteen and one half (the youngest they would hire you) I got in.  It opened up my life. 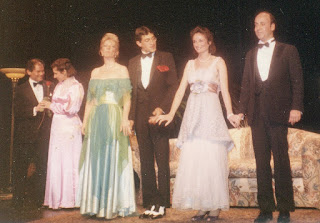 A typical flight pattern went like this: JFK to Paris.  Two day layover.  Paris to JFK.  Repeat.  A week off.  Repeat.  That was my month.  Or, London, Madrid, Lisbon, Athens, Rome, Milan, Vietnam.  All on TWA’s dime.  OMG.  The adventure of a lifetime.  The greatest learning experience imaginable.  When I had five years of it, I quit and returned to acting.  Now I was much more worldly and grounded.  More roles opened up.  I still had not a smidge of interest in writing.

Got married.  Started singing with bands, all kinds of music.  I loved it, though my first husband was less than thrilled.  We had a little house that I adored fixing up.  One day I thought about becoming an interior decorator.  So back to school, this time for design.  I completed the course and started working for Sloane’s.  It really wasn’t all that delightful.  The customers were wealthy and demanding and soon the whole thing started to wear me out.  During that time Cable TV was in its infancy.  A producer for a local cable show came into Sloanes.  After I decorated her living room, she offered me a show on interior design, provided I would produce it, star in it, and supply all the furniture each week.  I remember the warehouse guys loading each show into an open pick up, with me stuffed in with the couches and chairs.  I did about a dozen of those shows.  Then I left design forever.

Bitten with the travel bug again, I went to work at a tiny travel agency on the Jersey shore, a block from the ocean.  Oh, and I got divorced. 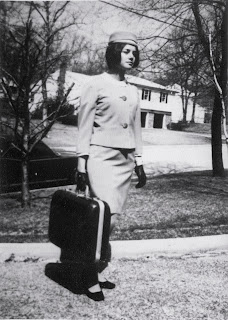 I took that job strictly for the free travel benefits.  Supplementing my income by singing with the bands (no husband to bug me)!  One blustery day, the door was flung open at the one room travel agency.  At first I thought I was being robbed, but it was two sales managers from an airline paying me a sales call.  After our lengthy chat, they offered me a job with Northwest Airlines in Philly.  Goodbye travel agency!  I still had no thoughts of being a writer.

Philly was terrific.  I got a sales territory (3 states) and lots of spare time because I mostly didn’t make the sales calls.  Instead I went on acting auditions and landed some meaty roles.  The airline thought I was doing such a stupendous job, they offered me a transfer to NYC.  Goodbye Philly.

NYC with Northwest Airlines was even better.  My sales territory was the West Side.  I could visit the allotted 8 daily accounts all in one building.  That took up about 2 hours.  Then straight over to Actors Studio to study with Shelley Winters and sit in on the Wednesday ‘sessions’.  A miraculous experience.   Unfortunately, during the job with Northwest, there was a terrible plane crash in Detroit.  All we sales managers sent there to work as a rescue team.  I’ll never forget the time spent in Detroit with the families of the victims, and what we went through as a team to help the doctors and dentists identify the bodies.  There was only one survivor.  A little girl.

I had been dating a really great guy, and we married a year after the crash.  One day I sat down and wrote a very long story.  Just out of the blue.  I went to NYU, then New School, and studied writing.  I haven’t stopped writing since.  The last play I acted in was over a decade ago.  If someone asks me to sit in on a set, do some vocals, it’s always a thrill. There were a few more jobs but these are the highlights.  Now I’m a writer. 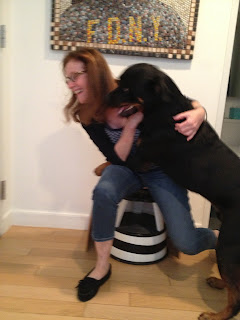 Susan Tepper is the author of five published books of fiction and a chapbook of poetry.  Her newest title dear Petrov from Pure Slush Books is a linked-flash collection set in 19th Century Russia during a time of war to be released in early February 2016.  You can find a review of her new book at Change Seven. Tepper is an award winning writer with multiple Pushcart nominations, and one for the Pulitzer Prize in fiction.  She writes the column ‘Let’s Talk’ at Black Heart Magazine where she also conducts author/book interviews.  FIZZ her reading series at KGB Bar, NYC, is ongoing these past eight years. Also from Susan Tepper, The Merrill Diaries (Pure Slush Books, 2013).

The wild, wonderful life of Susan the Writer! Love this biopic--thanks for posting Gay! Peace...

Linda, thanks so much for reading and glad you enjoyed !!!

I am loving this series. Also looking forward to reading the full collection of Dear Petrov!

dear aweisgerber, Thanks so much for reading here, and hoping you enjoy dear Petrov!

Ah-ha! I think I see where Merrill came from. :) No wonder you have such a rich inner life. Look at all you have to draw upon. Thoroughly enjoyed reading about your journey.

Jayne, there was a bit of 'movement' in my earlier life, and Merrill and I did indeed share some 'roads' but her's were so much more lively!!! Thanks for reading, Jayne!

Hi Susan, I loved reading about your life. So many fantastic moments! Interesting how the writing just decided to pour from you. Isn't that cool. Well, i couldn't be happier that we are on the same page!