JOURNEY TO PLANET WRITE: How Did I Get To Be A Writer? 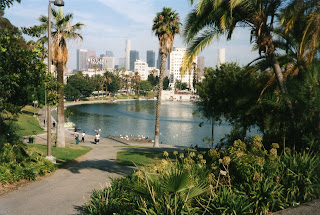 How did I get to be a writer? I often wonder how I got to be anything. It all seems like a kind of dreamy accident.

My early years were chaotic, eight or nine different schools in twelve years. Read a lot. Hung around with poets and actors and other loners in high school. After graduating in Houston, I bounced around the country. Lived near MacArthur Park in LA. Rode a Greyhound to New York. Clerked. Drank. Spent a lot of time in the Village, but made sure I read for three hours every day—Faulkner, Hemingway, Wolfe, etc.—trying to educate myself.

Hitchhiked back to Texas. No trade, still clerking, I took freshman English at night. The teacher was an alcoholic, a former English professor at Notre Dame, but by then just an adjunct trying to get his life back together. He used to sip ginger ale with a bunch of us while we drank and listened to him in a quiet bar after class. He seemed to know everything I wanted to learn, very supportive, urged me to write about NYC, saw that I was published in the school magazine. My writing, raw and terribly derivative of the Beats, gained some notoriety in that west Texas town. The best teachers are often the kindest and I remember Mr. Mooney fondly all these years later. 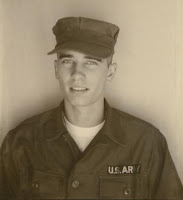 I scraped by on the fringes and learned “join the army if you fail” long before Dylan sang about it. I served in the Far East and Central America, but missed Vietnam. Barely. Cosmic luck. Somewhere in there I wrote 25,000 words of a novel that just petered out. I volunteered for straight midnight shifts at my radio site and took evening courses before work. Out of curiosity I enrolled in an accounting class. The teacher was an air force captain who told stories about auditing officers' clubs and supply systems and catching thieves. I found it interesting, just the sort of high class trade I was looking for, something I thought I might actually be able to do.

I finished school on the GI Bill, 3 years in 18 months, top accounting grad, a piece of cake because all I had to do was go to class and do the assignments. I became a CPA and spent several years auditing youth training centers, wildlife refuges, and Indian affairs throughout the West, trying to make the world a little better place.

Then I worked for years as a financial manager for the military in Europe. There I found Annie Proulx's Heart Songs and Carver's What We Talk About. I now know that Gordon Lish had a lot to do with why I couldn't read Carver's book without weeping. 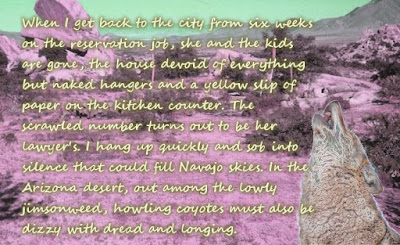 After I retired, I did oral histories for a WWII museum, writing up war stories that got filed away in dusty archives. That's how I met Charlie Scheffel, a combat infantry officer who fought in North Africa and Europe. I found his story riveting and it eventually became Crack! and Thump, published in 2007. The book still gets nice reviews on Amazon. It's actually a memoir in flash and writing it helped me find my natural way to tell stories.

I began to read and write flash and micro fiction and later founded Camroc Press Review that focused on stories under 500 words. I couldn’t seem to get enough of it and ran CPR for 7 years before closing down last year.

I keep plugging away at my own stuff. I’m not prolific by any means, but I’ve turned out a couple hundred flashes, some of it collected, with a chapbook related to war coming out perhaps this summer. I love trying to hone a story down to its essence. It's something I hope to spend the rest of my life doing, happy that my long strange journey has led me to such a perfect place. 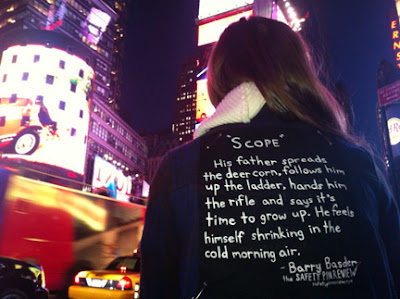 Barry Basden lives in the Texas hill country with his wife and two yellow Labs. He is coauthor of Crack! and Thump: With a Combat Infantry Officer in World War II. His shorter work has been published widely, both online and in print. His latest flash collection is Wince. You can also read Ray's People here.

Looks like you have lots of background for either a novel or two, or maybe a series of short stories, not just your flash fiction. Since a lot of your background involves military history, you just might have enough bits and pieces to do a great collection of stories centering around the military. The stories could range between harsh reality and good, military fun. My dad was a career Air Force guy and I wrote three spy novels using his background and my imagination. Best of luck to you.

Barry's journey is fascinating. He has truly lived what used to be called 'The Writer's Life'. There is nothing better for a writer than living all over the world, doing a ton of jobs, good jobs, bad jobs. All will come back into the writing. Enjoyed this so much.

I've known Barry for a while. He published some of my work. I had not idea about his personal story though and am very happy to have read this. I look forward to meeting Mr. Based not in person.