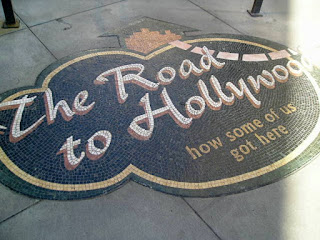 He said I had it in me, that killer instinct. But he couldn’t have known about Gloria. That happened when I was sixteen. Water under the bridge, like they say… and Gloria, too. The producer said I was what he was looking for. Somebody who could kill his wife with a smile on his face. He offered me a part in his latest movie if I could come to California and didn’t lose that sharp edge. He told me that twice.

What is the weirdest thing that ever happened to you in Los Angeles?

Not the weirdest, but a totally Welcome To LA story – I was taking acting classes from Rudy Solari and Guy Stockwell when I first came to California back in the 70s. I wanted to learn how to write dialogue and acting class seemed like a great place to do that. My acting partner and I were given a scene from The Odd Couple. We were to play the leads. Instead of Felix and Oscar, we became Felicia and Esther. We practiced until we knew it backwards then decided to take the “act” on the road. We went to a local Hollywood bar where actors hung out. We went in in character. Karen, playing the rather “out there” Esther hit on all the guys. I, the shy and retiring Felicia, kept telling her to stop embarrassing me. When asked what I wanted to drink, I said a Harvey Wallbanger, but I asked what it cost. When the bartender told me the price, I acted shocked and said I didn’t want to buy drinks for the entire bar. He said it was my drink alone. I fumbled in my change purse and still kept telling Esther to stop making a scene. When the bartender put the drink in front of me, I wiped down the bar with a hankie. He stopped and said in a very loud voice, “Talk about ‘the odd couple.’” I broke out laughing and we told everybody what we were doing. I didn’t have to pay for my drink that night or any time we ever went back. We were a hit. Rudy liked the scene we did in class, too. Later, he started The Solari Theater in Brentwood. He actually put on The Odd Couple with women in the lead. Sally Struthers ended up doing it on Broadway, but Karen and I did it first.

Do you have a yet-to-be realized L.A. dream?

One of my series, either The Johnny Casino Casebook series or the Chance McCoy stories from Second Chance, turned into a TV series.

Why write short stories? Why write at all? What's in it for you?

I teach a class: The Anatomy of a Short Story. I tell my students that a short story has all the elements Aristotle said should be in a story: Plot, Character, Dialogue, Setting, and a Theme. I like being able to put all those elements into a 25-50 page story. If I have more to say, I write a novel.

What is the biggest challenge in writing to theme?

Trying to guess what the editors of the anthology are really looking for.

Are the characters in your story based on you or people you know/met? 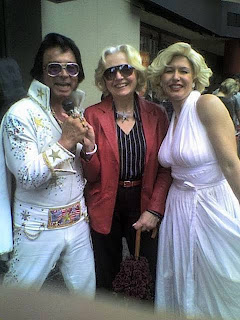 In “Method Actor,” no. He’s totally from my imagination. In my detective series, all three of them -The Johnny Casino Casebook series, The Gin Caulfield P.I. series (Media Justice, Hedge Bet and Damning Evidence), and Second Chance featuring Chance McCoy-, since I used to be a private detective in real life, I use some of what I learned on the job in those stories.

Los Angeles is a patchwork quilt of different neighborhoods. Why did you pick the area you used for your story, and how did the neighborhood influence your writing?

I bring a New York actor out to Los Angeles because he believes what he sees in the movies. I let him experience the difference between The Big Apple and the desert. Then I put him in a cheap hotel before he meets a big producer who lives in another world. Soon those worlds collide.

Are there scenes in your story based on real life—yours, hearsay, or news story you read?

“Method Actor,” a story about a New York actor who comes to Los Angeles because he believes everything he sees in the movies is strictly out of my own imagination.

What came first, the character or the plot?

Plot usually comes first for me. Almost everything I have ever written starts with some voice in my head telling me a story beginning with an opening line or paragraph. I might rewrite that opening two dozen times, but that basic core of the plot doesn’t change. Sometimes that voice becomes the main character, but he or she is still telling me the plot. I figure out who the characters are as the storyline progresses.

While you're writing: music (what kind?), dead silence, or…?

I have a fountain that plays bird tweets and forest sounds. It is so relaxing, that I can get a lot of writing done. I’m on book 20, so it must work.

Favorite writing quote—yours or from someone else…

Your writing ritual begins with…

A former private detective and once a reporter for a small weekly newspaper, Gayle Bartos-Pool (G.B. Pool) writes the Johnny Casino Casebook Series and the Gin Caulfield P.I. Mysteries (Media Justice, Hedge Bet, Damning Evidence). She wrote the SPYGAME Trilogy: The Odd Man, Dry Bones, and Star Power. Other books: Caverns, Eddie Buick’s Last Case, The Santa Claus Singer, Bearnard’s Christmas, The Santa Claus Machine, and Every Castle Needs a Dragon. She teaches writing classes: “The Anatomy of a Short Story” (which is in workbook form), “How to Write Convincing Dialogue” and “How to Write a Killer Opening.” Website: www.gbpool.com.