JOURNEY TO PLANET WRITE: My Road to Becoming a Flasher 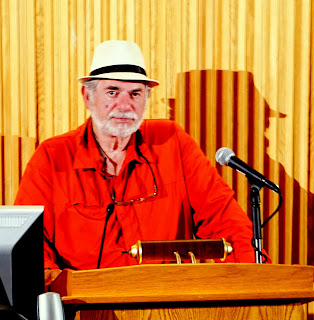 My late older brother (by one year) was always considered the writer in the family. He wrote stories in grammar school and in high school. I spent my time being the kind of kid people write about.


After high school I joined the Air Force and volunteered for Southeast Asia. I finally got an assignment to Thailand but due to a disciplinary action they wouldn’t let me go get shot at and kept me in California. Go figure. Too bad more GIs didn’t know about Catch 23.

I’d always been a reader and in my very young days it was mostly biographies and then as I got older it was mysteries, best sellers and short stories—lots of short stories and every collection I could get my hands on. The first flash story I remember reading was a micro-fiction story by Leonard Michaels in an anthology He was a favorite novelist who became a favorite short story writer. I sent him a copy of my first book and he wrote back that he usually only laughs at his own work but in my case was making an exception. I wish I knew where I put the letter.

When Sudden Fiction came out I was hooked and told everyone about it.

In my 30’s I began thinking about writing and started writing story ideas and putting them in a cigar box and one day I tossed a new piece of writing in and the box was topped off. I decided I’m either a writer or a collector of scraps so I borrowed a beach house for a weekend and made up my mind that I would either write a story or toss the ideas in the drink. I went out on the pier with a yellow pad, red wine and my box of story ideas. I finished my first story in a little over an hour. 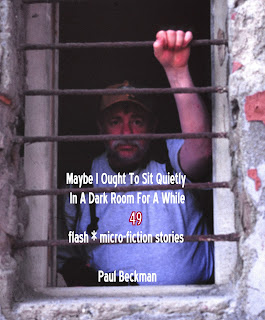 I bought one of those very thick books on places to have your writing published and a box of manila envelopes, stamps and sent off my story while I worked on others. Two weeks later I got an acceptance with a caveat. “Leave out the first paragraph and we’ll take your story.” No way was I going to let some guy tell me what to do with my story, so five years later it was finally published without the first paragraph.

I sent my brother some stories and asked for his opinion and I got it. “Unless you clean up your language no one’s going to publish you.” I didn’t clean up my language but started to have success with small litmags. Every year I bought a new volume of where to sell your stories and made a card system for submissions and took it very serious.

My son was in college writing poetry, a passion from his high school days, and putting out pamphlets and litmags and he offered to publish a book for me if we could agree on the stories and if I gave him final say. (I did say he was my son). He did a fine job and my first collection, Come! Meet My Family and other stories came out and I did readings and sold all of the three hundred press run. A publisher has read it and wants to publish it this year as a twenty year anniversary printing. My son, Joshua, has gone on to be a highly successful poet, translator and editor of the Wave Poetry Press.

There was a monthly reading series going on in New Haven that I started to attend and each time I went I brought a few of my stories to read at the open mic after the regulars. The problem was I couldn’t speak in front of people—I was too nervous. After months of listening to work that I thought was not as good as mine I signed up for an open mic. My hands shook, my voice quavered but I loved the applause. It took several more months of open mics before they offered me a feature spot and I lost my fear of talking in front of a group of people. It’s a good thing this took place a year before my book came out.

Also, I found that if I couldn’t get a story to work or stared at a blank paper too long if I grabbed a book and randomly looked at pages until a word struck me I could use that word and write a story. I was surprised in later years to find that other people did similar things and called them prompts.
I heard about a writer’s group in New Haven—The Anderson Street Workshop run by Alice Mattison. I had to wait for an opening but any success I’ve had stemmed from my working with Alice. She’s bright, insightful and has always been an advocate for my writing. She alternates novels and short story collections and shortly has a new book on writing coming out. I recommend everything she’s written including her New Yorker stories and various essays. 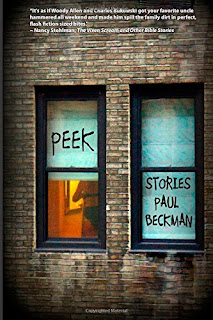 Alice ended the workshop after many years and began teaching at Bennington’s low res MFA program and convinced me it would be a good thing for my writing. It was great. I still have friends from my time there and I was thrilled to be asked back to be the alumni speaker at graduation several years after I graduated. Two of my teachers had the same agent and they sent my senior thesis (a collection of stories) to her and she called me and asked to represent me. She placed one story in Playboy within a month and then got a handful of no thanks and we parted company.

I wake up in the morning anxious to start writing and go to sleep thinking about stories written that need work. I’m in a writer’s group composed of myself and ten talented, supportive and interesting women and it’s been a lucky thing for me that I found this newly formed group and they let me in. My FB page, originally set up to see me grandchildren is now almost all writers and editors and is a big help in so many ways.

I’ve been fortunate enough to teach creative writing at a couple of high schools and at our local library. I travel to New York to read and go to readings because, except for one exceptional bookstore in my town of Madison, there’s a dearth of places to read in Connecticut.

I’m basically all Flash, all the time now in my writing and I have a published story website www.paulbeckmanstories.com. I’ve set it up so if you find a story you’d like to share you can email it with the click of a link. I’m also in the process of starting a blog to showcase my thoughts and books but also those of the many writers I’ve come to admire and enjoy.

Here’s a short-short story published in Boston Literary Magazine:
Email This Story To A Friend 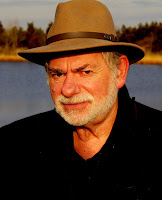 Paul Beckman’s 200+ stories are widely published in print and online in the following magazines amongst others: Connecticut Review, Raleigh Review, Litro, Playboy, Pank, Blue Fifth Review, Flash Frontier, Matter Press, Metazen, Boston Literary Magazine, Thrice Fiction and Literary Orphans. His work has been in a number of anthologies and a dozen countries. Paul was one of the winners in the Queen’s Ferry 2016 Best of the Small Fictions. His latest collection, Peek, weighed in at 65 stories and 120 pages. His website  www.paulbeckmanstories.com & email paul@paulbeckman.com . Paul is also a published and shown photographer who takes pictures above and beneath the water in his world travels.

Email ThisBlogThis!Share to TwitterShare to FacebookShare to Pinterest
Labels: Air Force, LEONARD Michaels, Maybe I Ought to Sit Quietly In A Dark Room For A While, Paul Beckman, Peek, Sudden Fiction

Paul, you're such a gem. It's such an unforced and serendipitous adventure you've been on as a writer. I hope you find that letter one day. -- AW

How wonderful to learn more about the man behind the wonderful stories.

Paul, you should write Catch 23 -- I'd buy it! Your work has been really inspiring to me. What I love about your stories is they're all about the story. Nuff said.

Thank you everyone for stopping by to read Paul's journey. It's really fun and interesting. Just like all of his writing.

Thank you Gay for the forum and all of you nice people for reading and commenting.

Very interesting journey, though I did want to hear about how being an air traffic controller influenced you, which I think it must have, so much pressure, please talk about it in another interview somewhere.

Such an intriguing path, indeed! Thanks for this one.

Thanks, Susan, I'm going to have to think about that--appreciative the question.

Hope to hear your story, Tony.

Paul, I loved reading about your journey. It sounds as well-crafted as your stories.

Didn't mean to be annonymous.

This turned out perfect! You wrote chapters in flash—it unfolds with a great deal of emotion along with your wit, Paul. It's easy not revealing so much, and you've done it so well. -April