JOURNEY TO PLANET WRITE: Insecurities in a Sentence or How I Became a Writer 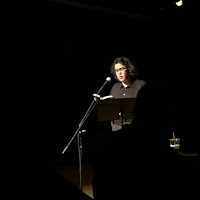 When I was twelve years old, there was only one street, or “block,” as we called it, which separated our town, Lakewood, NJ, from our rival town, Jackson, NJ.

An insipid hatred existed between the neighborhoods. When you entered a backyard not part of your terrain, a nasty comment evolved into several fistfights. And we were all, equally, boys and girls, ready to pounce on one another.

One day, on May 11, 1975, before a dentist appointment, I witnessed my middle brother—we’ll call him Q—pummelled by a girl from Jackson. This was unprecedented. How could this ignoramus, I felt, from this “redneck” part of the planet, dare to touch my brother?

It was OK for me to hit him or people in my hood, but when the insurrectionists were next door, when they punched the well-educated, royal Lakewoodites, this was completely unacceptable. Thus, I grabbed the girl and punched her until, within seconds, her Abominable Snow Monster of the North sister, came strolling through the screen door, grabbed me by the hair, and swung me around. My hair was a veritable bird’s nest, which is what the dentist described it when the “twirl” by the “girl” was followed by his teeth cleaning.

How might this hair-wrenching journey, you ask, account for my evolution as a writer and the culmination of my recently published poetry book, Waitress at the Red Moon Pizzeria (Unsolicited Press, Davis, California)?

Well, it is symbolic of the numerous humiliations I have suffered from having too much hubris.

For the longest time, I did not want to define “hubris.” I wanted to let it go unknown like some unfettered cloud. I wanted to circumvent any responsibility for pomposity.

The teenager who turned my hair into a bird bush, well, she was among the first to see me, a wild 12-year-old, act as if the world owed me something.

I still act as if the world owes me something, and then I am left on my own, without much of the world, and it’s just me and the computer.

I would like to have more lovers and friends, in theory, but after alienating much of the planet, it is the screen and Kindle (formerly the typewriter and paperback)—the only beings that tolerate my superciliousness. 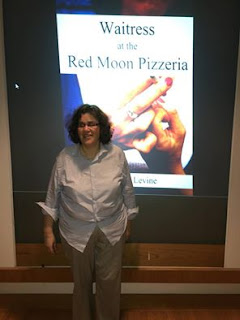 Imagine if you will, the vision of a 12-year-old New Jersey byatch—moi—getting twirled for all the kids to laugh at, after I assault a lion’s cub. You do not injure a lion cub and hope to go unscathed to the dentist.

But of course, the deluded writer shall forever believe that all things and beings, including the meandering sushi chef who survived Hiroshima, are worth assaulting. This is why Kafka said it is better to release the toxins, if you are a writer, than to let them grow unattended in your garden of apprehension and despair. His exact quote was, “A non-writing writer is a monster courting insanity.”

It has always been poetry that has allowed me to release the anger, hubris, obnoxiousness, insecurity and “toxins.” I would be a colossal nut, locked away in a mental institution, if it were not for Mr. Kafka’s advice and the notion that one must expel the brain waves and mood swings that harass and mortify us.

For more than 30 years, when I found myself alone, betwixt the world and the pen, I wrote poetry.

What you find, when you read Waitress at the Red Moon Pizzeria, is the culmination of many misadventures in my brain, much joy and love and even some displeasure at being a Jewish lesbian on the frontiers of New Jersey, New York, and Virginia.

My poem, “Insecurities in a Sentence,” shows the distempered release of angst and apprehension:

The contaminants are caught and their terrain is the English language:

insecurity in a sentence
without a spinal tap of reality,
or a scissor tap dancing toward metaphors
the flux and influx in a flood in a bathtub
like a string in a tampon
or the boy on the platform with the muted sensibility
the playwright disdaining his ideas
or a cockroach taking ambidextrous steps toward his food
Allen Ginsberg snapping photos from his verses
Walt Whitman dancing naked on a tree stump
a stroke of light fanning its way to me at an opera

Words are energized with our thoughts and feelings as in the poem, “Waitress at the Red Moon Pizzeria,” which is also the book’s title:

Insanity, like hair, is not meant to be a bird’s nest, and is best transformed into poetry, if you happen to write that. It keeps us saner than if we were receiving a lashing from Jackson, NJ’s Abominable Snow Monster of the North or our own mind.

I hope you’ll read my new poetry book, Waitress at the Red Moon Pizzeria, which is available at Unsolicited Press or Amazon. 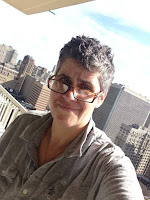 Eleanor Levine's poetry collection, Waitress at the Red Moon Pizzeria, was recently released by Unsolicited Press (Davis, California). Her work has appeared in over 50 journals, magazines, and anthologies, including Fiction, The Denver Quarterly, Litro Magazine, IthacaLit, The Toronto Quarterly, The Kentucky Review, Fiction Southeast, The Evergreen Review, The Literateur and The Stockholm Review of Literature. She is currently a copy editor and lives in Philadelphia, Pennsylvania, with her dog Morgan.

See u on the cape Peter and tina