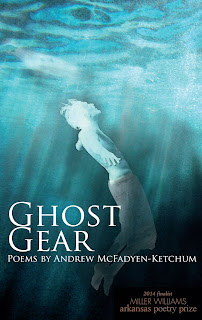 I was also working my first job as clean up boy of the Produce Place, a small grocer in my hometown of Nashville, TN. And I was doing a lousy job.

My mopped floors were dirtier than those unmopped. I could clean a clean window dirty in seconds. Flies were multiplying like flies.

What can I say? I was making $3.15 an hour, I was more interested in Amanda Hardaway’s hair than cleaning floors, and I was a 14-year-old male, which is to say…

So the boss, this dude named Steve who lived at the top of the hill south of my house and who’d tried to date my older sister a few times and whose kid brother, Chris, hadn’t yet died in a tragic accident—Steve approaches me and is like:

Hey. Andy. Can we talk a minute.

That was the gist of it anyway.

The Produce Place was set in an early 20th Century bungalow on Murphy Road just off I-40 a ten-minute bike ride from my house. At the time, the entire sales floor consisted of produce bins: four rows of jonagold apples and kiwis and exotic lettuces. All types of beans in the summer. Tomatoes. Tomatoes. Tomatoes. Did I mention tomatoes? And kale. And six different varietals of onion. And cherries. And Rainier cherries. And rainbow chard. And and and.

The Produce Place helped turn around the neighborhood.

Built on a landfill after the Second World War, Nashville’s Sylvan Park of the 80s and early 90s was a ghetto. A neighborhood where men beat their wives and their kids, and their kids went out into the neighborhood to beat each other and to become men. White kids called black kids niggers and black kids called white kids all sorts of shit. Kids smoking dope and kids having kids. That was the law and word of the place.

And as the Produce Place went, went the neighborhood.

The Produce Place thrived and so did Sylvan Park. Today, I couldn’t afford my parent’s house, let alone the land it sits on. Today, there are all sorts of jobs available to the kids in the neighborhood. Bars. Restaurants. Lawn care. Baby sitting. Etc. Etc.

Here’s the thing. There are no kids in Sylvan Park. Families with children can’t afford to live there. And if they can, their kids don’t work. 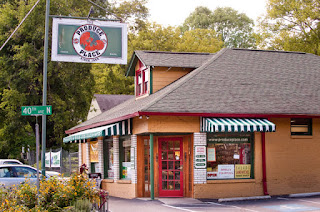 So the Produce Place was the only gig in town. Luckily, I had an in. My sister was one of their first employees. It was only natural I work there when I came of age. But it was also only natural that they demand I do my job. There were plenty of kids who didn't have sister-ins ready to take my spot. If I couldn’t cut it, why keep me around?

One particularly important item on the list of ways I could do a “less shitty job and keep my job” was to “actually sweep up under the goddamn bins” under which rogue fruits and vegetables fell and quickly set up and quickly started attracting “all the fucking flies” that were buzzing around our heads.

So there I was, sweeping under the bins. When I got to the corn bins, out wobbled this old, rotted ear of corn. And as I was looking down at it, mid-sweep, out of nowhere, the line came: “What if I were this piece of corn?” And when that line came to me, I felt compelled to stop my labors and write it down. Thus I pulled out my Sharpie and grabbed the nearest corn crate and upon its surface scribed my line. And the brilliance? The brilliance continued from there.

At the end of it, I had a poem. I had no idea what it was or why I had written it down but there it was in all its awful glory. After that, I was writing poetry. Day in and day out. And I’ve never stopped.

What I wrote was wonderfully awful then, and what I write is wonderfully awful now. But, for some reason, I keep at it, and it becomes less awful. I’ve tried to quit a few times to no avail. Poetry makes life present. When I’m writing poems, I’m at my best. The rest of the time? I’m alright.

We don’t know why or what we are doing here.

That is why we are here. 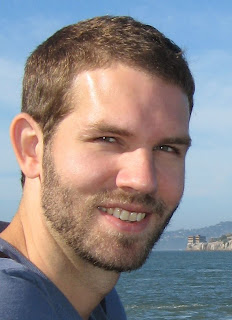 Andrew McFadyen-Ketchum is an award-winning freelance editor, writer, and lecturer at the University of Colorado. He is also acquisitions editor for Upper Rubber Boot Books, founder and editor of PoemoftheWeek.org, founder of the Colorado Writers’ Workshop, founder and editor of The Floodgate Poetry Series, and editor of two anthologies. His first book of poems, Ghost Gear, was a finalist for the Miller Williams Prize, the Colorado Book Award, and the INDIEFAB. His second book, Marysarias, is a Finalist for the National Poetry Series, 2016. Read and learn more at AndrewMK.com.

Thanks Paul for reading!!